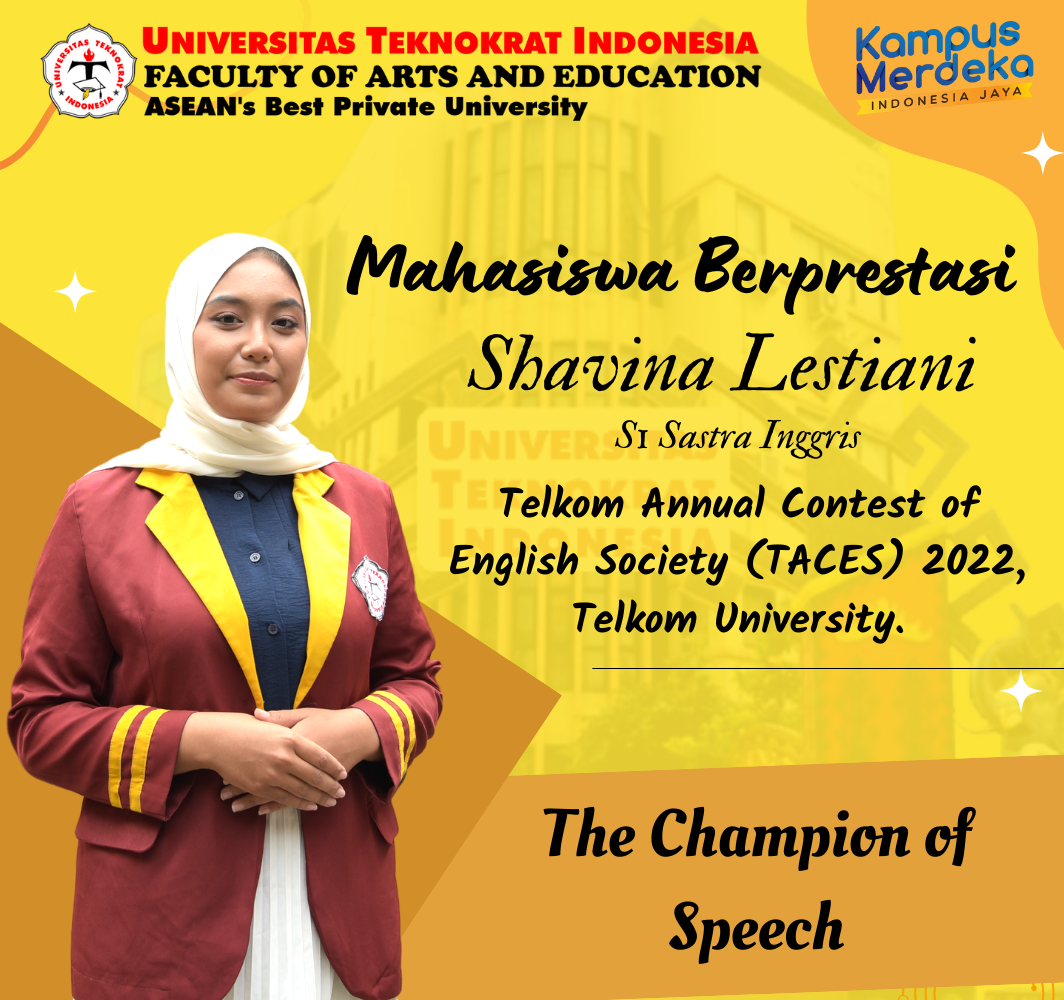 Shavina Lestiani, Student of English Literature Study Program of Universitas Teknokrat Indonesia won 1st place in the National Speech Contest organized by Telkom University in the Telkom Annual Contest of English Society (TACES) 14-28 August 2022 with the theme “Shine the Diamond in You and Make it True”.

Shavina, who is active in Teknokrat English Club (TEC) UKM of Universitas Teknokrat Indonesia, is increasingly showing her existence in English language competition on the national scene.

In the speech branch, Shavina faced 2 rounds, namely preliminary, semifinal and final. In the preliminary round Shavina made a speech titled “Switched Fates” and managed to take it to the top 10.

In the semifinal round, Shavina got a different topic of speech and made it into the final round of the Top 5. In this round, Shavina delivered an oratorical speech entitled “Should Shamans and Physics be High in Cultural Countries”.

In  this round,  Shavina managed to get the  highest score outperforming participants from Hassanudin University, Padjadjaran University, Lampung University and Brawijaya University.

In addition to winning 1st place in this year’s TACES National Speech Competition, she also recently won speech as the second winner at the English Olympics event at the Ujung Pandang State Polytechnic and 2nd Champion of Speech at the English festival of Bunda Mulia University 2021.
Coach of UKM TEC as well as Head of English Literature Study Program, Suprayogi, M.Hum.  grateful for the achievements of Shavina.
“Alhamdulillah, TEC students continue to excel and grow from their competitive skills and attitude. Shavina is an example of a student who continues to improve and try again.”

Faculty of Arts and Education

the campus of the champion