Student Executive Board Inauguration Faculty of Arts and Education 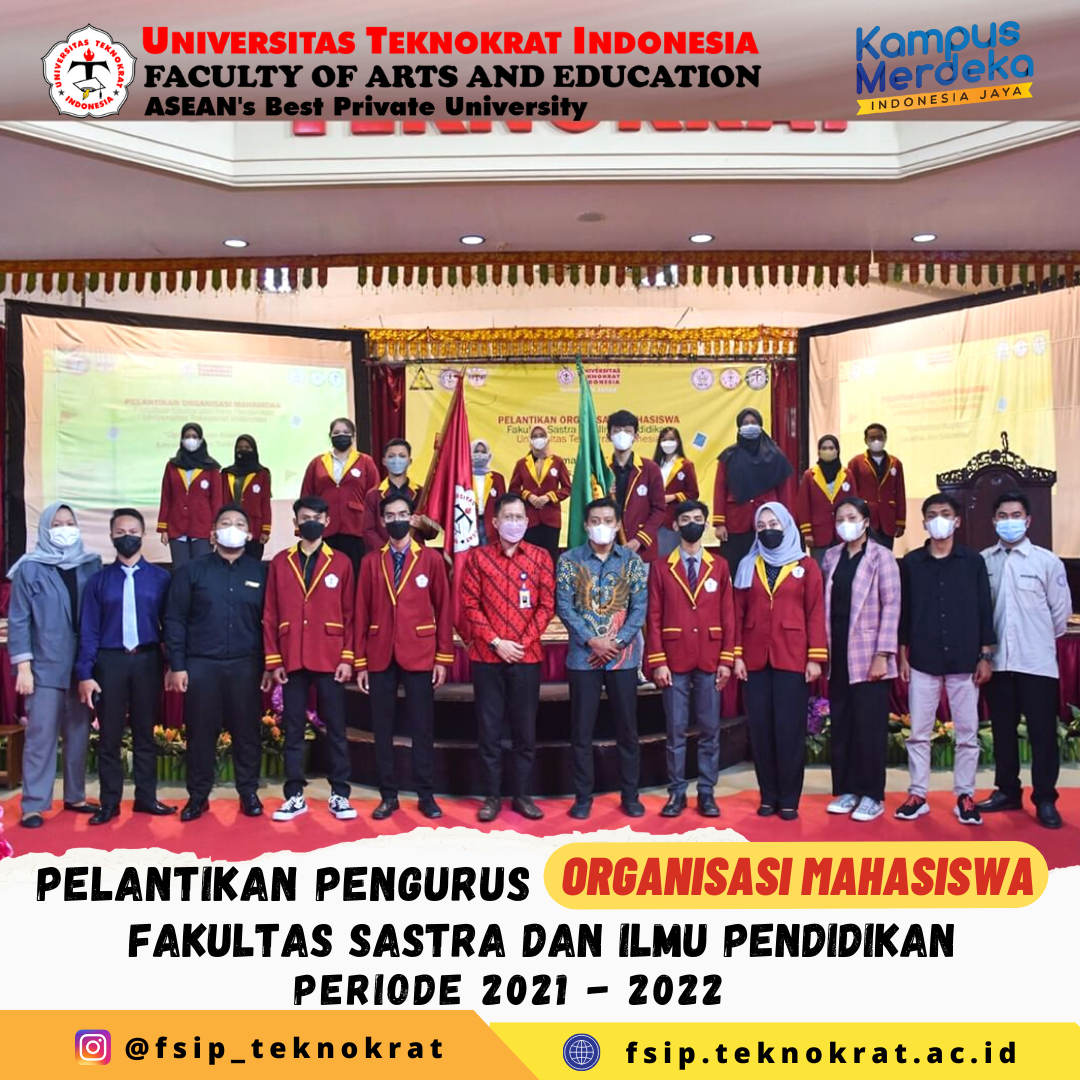 BEM FSIP – Exactly on April 14, 2022, the inauguration of the management of UTI FSIP Student Organization (Student Senate, Student Executive Board, and Student Association) was held in the Auditorium of building A, Universitas Teknokrat Indonesia, attended by the Deputy Dean for Academic Affairs and the Vice Dean for Student Affairs and All Heads of Study Programs in the UTI Faculty of Arts and Education.

The event was opened with a report from the head of the FSIP UTI BEM Inauguration Executor. The selection of the BEM FSIP UTI management was carried out a month earlier, namely on March 14, 2022. Bagas Maulana, a student majoring in English Literature, was successfully elected with a majority vote as the Chair of the BEM for the period 2022 – 2023. The event aimed to provide legality and faculty support to the BEM management. FSIP. Deputy Dean III of FSIP Muhammad Fitratullah. S.S.M.A. advised that the task of students is to “learn and explore experiences and be responsible for the progress of the nation”. He also advised that it is necessary to realize that freedom on campus is not freedom but responsible academic freedom in accordance with the Higher Education Law No. 12 of 2012.

On this occasion, the elected BEM Chair, Bagas Maulana, was given the opportunity to convey his vision and mission, Bagas said that the main goal of his management was a solid board and would focus on developing the skills and achievements of FSIP UTI students. Bagas, who is the former chairman of the English Literature Undergraduate Student Association and also the administrator of the English Club Technocrats, stated that the self-development of members and administrators of BEM FSIP is the main priority of his management, he hopes that students can become agents of positive change for the nation and the country in the future. The event was continued with the submission of a demisionary certificate for the ORMAWA Faculty of Arts and Education for the 2021-2022 period. The next event was the pronunciation of the management promise, the Chair and deputy of the new BEM Faculty of Arts and Education, Universitas Teknokrat Indonesia, followed by the signing of the minutes of the inauguration of the ORMAWA FSIP management represented by the elected BEM Chair. namely Bagas Maulana.