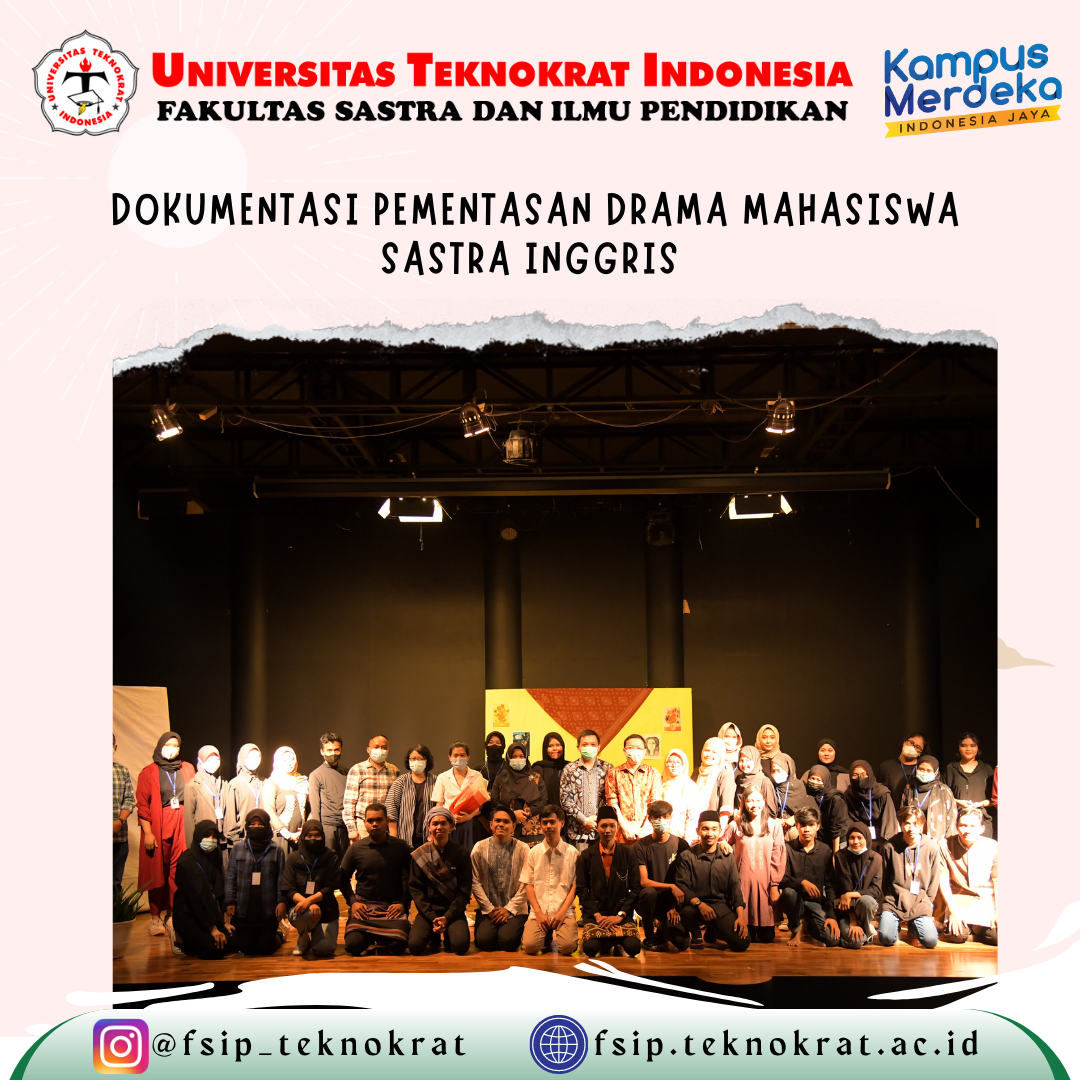 English Literature Study Program, Faculty of Arts and Education has held a Drama Performance on February 5, 2022 at the Lampung Arts Council which was an Outcome-based activity from the “PEMENTASAN DRAMA” Course in the Odd semester of 2021/2022 entitled “Layla Majnun”.

The drama told the story of “A tribe of Bani Amir who gave birth to a handsome son named Qays. One time he had a relationship with a girl from the Bani Qhatibiah named Layla. Layla’s parents did’t like their son to have a relationship with Qays. Qays became desperate and went mad and had the nickname “Majnun” the madman. When he was about to propose to Layla, but who would have thought that Layla had been married to a handsome and rich young man, Even though Layla was married, Layla still loved Qays until Layla died. Not long after Layla died followed by Qays who died on Layla’s grave. Layla and Majnun were an eternal couple from heaven. When they were born into the world, they loved each other and were loyal even though they had to be separated. Until finally, God reunited them in the arms of death.”

The performance was supervised by Dina Amelia, M.Hum. and Played By:

This activity was fully supported by the Academic Community of FSIP UTI and continues to apply health protocols. Thanks were also given to:

as well as Mr/Mrs Lecturers in the FSIP UTI who were also present in the performance of the drama.