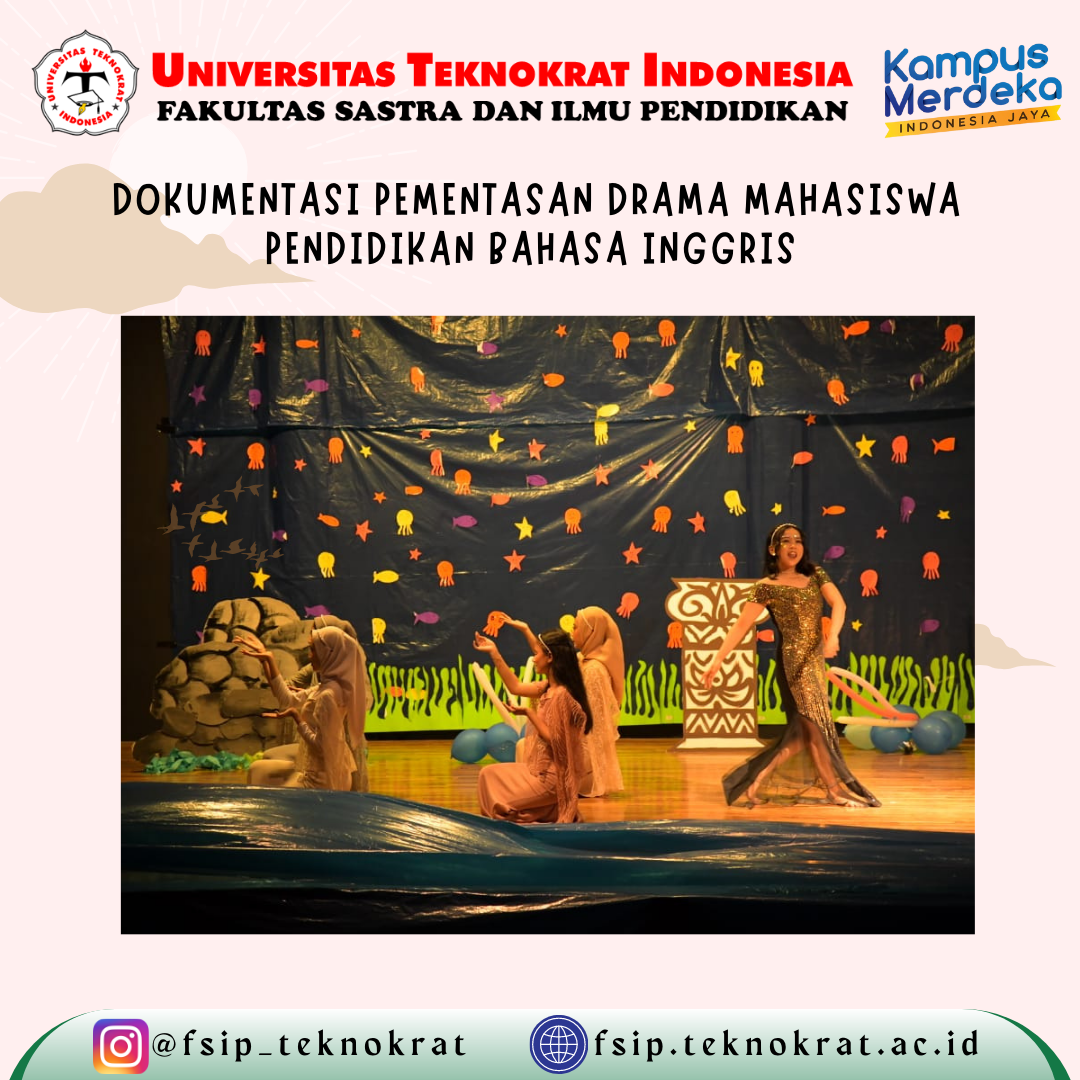 English Education Study Program, Faculty of Arts and Education, has held a Drama Performance on February 5, 2022 at the Lampung Arts Council which was an Outcome-based activity from the “DRAMA” course in the Odd semester of 2021/2022 entitled “The Portentous of Atlantis”.

The drama tells the story of “In the eternal ocean, Atlantis, Mermaid and Siren coexist. Mermaid wants to make friends and be known by humans. But the destructive tsunami was unacceptable to humans, and they blamed Atlantis for it. Since then, Mermaid began to spread rumors to humans that it was the Siren who caused the tsunami, not the inhabitants of Atlantis. A beautiful girl is innocent, then slandered to cause Atlantis to lose its balance and there is an “inequality of siren rights”. But in the prophecy “savior of atlantis”, it is stated that a weak and helpless girl can restore the balance of Atlantis.

The performance was guided by Dina Amelia, M.Hum. and played by:

This activity was fully supported by the Academic Community of FISIP UTI and continued to apply health protocols. Thanks were also given to:

– Mr/Mrs Head of Study Program – and Mr/Mrs Lecturers in the FISIP UTI who were also present in the drama staging.