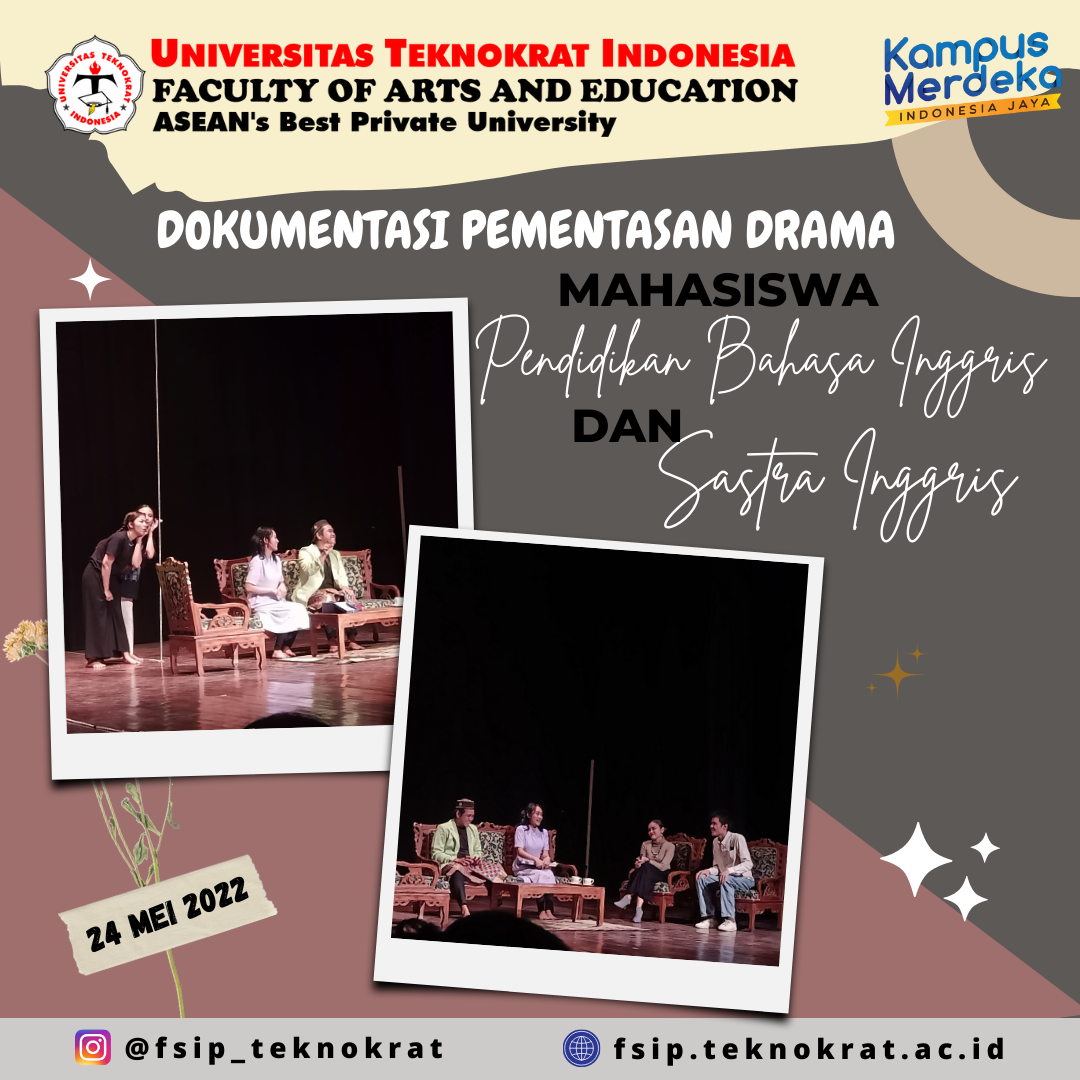 Students of the English Literature Study Program, Faculty of Arts and Education who are members of the Orion Theater have participated in the Performing Arts Show held by the Education and Culture Office of Lampung Province through the UPTD Taman Budaya. In the art show which was held at Taman Budaya on May 24, 2022, students of the English Literature Study Program performed a script entitled “Bungur Pengasih” by Naomi Ambar Wulan.

The drama tells the story of “A girl named Mirna who falls in love with a young man named Nirwan. One day Mirna told her father that Nirwan would come with her mother to propose to her. However, after the two met, Mirna and Nirwan actually suspected that their parents had fallen in love. The lovers then felt worried that their parents’ relationship would break their relationship. The two then decided to make their parents feud. However, in the end they both regretted their actions and the problem was finally resolved.” The performance was supervised by Suprayogi, M.Hum. and Dina Amelia, M. Hum. And Played By:
Sahat Parulian Prantinus Kaban
Anggi Wulandari
Fajar Dani Julian Tama
Chika Amelia Putri
Agustinus Yobitama
Yoanda Meinfil Harefa
Theopani Nainggolan

This activity is fully supported by the Academic Community of FSIP UTI and continues to apply health protocols. Thanks are also given to:

Faculty of Arts and Education

the campus of the champion